What You Need to Know About Inheriting an IRA 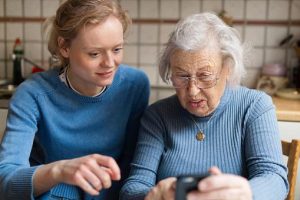 No one likes to think about what happens when a family member passes on, but it’s best to plan for the financial repercussions of a death in the family long before the time comes.

Most people assume an inherited IRA account will work just like any other asset they may inherit from a loved one. However, there are many rules and regulations at play when it comes to inheriting an IRA. The wrong choice can cost the beneficiary a whole lot of money in taxes and penalties. That’s why it’s important to take the time to research your options now. Then, when the time arrives, you will have a plan in place, allowing you to fully focus your attention on the right matters without worrying about financially messing up.

Read on for all you need to know about inheriting an IRA.

Inheriting from a spouse

The surviving spouse has two options when inheriting a traditional IRA:

The surviving spouse can either change the IRA’s title to have their own name listed as owner, or transfer all the funds to their own existing IRA. If possible, the transfer of funds should be done within 60 days of the departed spouse’s death to avoid heavy taxes on the distribution. Once transferred, the money can continue to grow, tax-deferred.

This is the most popular option for surviving spouses. However, it is not always the best choice. Surviving spouses cannot access transferred IRA funds without paying the 10% early-withdrawal penalty—in addition to income taxes—until they reach the age of 59 ½. Also, if the surviving spouse is older than 70½, they must take an annual minimum distribution.

With this option, the new owner will remain the beneficiary of the original IRA and open a new inherited IRA account in their own name. This allows the surviving spouse to avoid the 10% early-withdrawal penalty even if they are younger than 59½ years old.

The owner of the inherited IRA must then begin taking distributions from the account before Dec. 31 of the year of their spouse’s death.

There are 3 ways to take distributions from an inherited IRA:

Inheriting an IRA from someone other than a spouse comes with its own set of rules. Primarily, beneficiaries of these IRAs cannot choose to transfer the funds in the inherited IRA into their own accounts. Instead, they will need to begin taking distributions after the IRA’s owner has passed on. They can choose to take distributions over their lifetime, within five years after the deceased’s passing or in one lump sum.

Beneficiaries of non-spousal inherited IRAs cannot make new contributions to the account. Instead, they must begin taking distributions by Dec. 31 of the year following the death of the IRA’s original owner.

The exact amount that will need to be withdrawn annually depends on the inheritor’s age. You can check out the IRS’s Single Life Expectancy Table here to calculate how much you would have to withdraw each month from an inherited IRA at various ages.

Failure to withdraw the Required Minimum Distribution (RMD) can mean getting hit with a 50% penalty on the remaining RMD. For example, if you were required to withdraw $7,000 from an inherited IRA per year, but you only withdrew $2,000 one year, you will need to pay a full 50% penalty on the remaining $5,000. That means that $2,500 will go to Uncle Sam instead of into your [credit union] checking account.

Roth IRAs are not tax-deferred like traditional IRAs, so there is never any income tax to pay on withdrawals. There are also no RMDs at play for the original account owner. RMDs will not affect the surviving spouse either, as long as they change the title of the Roth IRA to list their own name as owner.

It’s important to weigh your options now so, if you are the beneficiary of an inherited IRA account, you already have a plan in place for the funds.

Spanish
Back to Top

You are now leaving Credit Union

Credit Union provides links to web sites of other organizations in order to provide visitors with certain information. A link does not constitute an endorsement of content, viewpoint, policies, products or services of that web site. Once you link to another web site not maintained by Credit Union, you are subject to the terms and conditions of that web site, including but not limited to its privacy policy.

You will be redirected to